Competitions are played on Fridays and Sundays.

Pennant enjoys a rich history within Victorian golf dating back over 100 years. The Pennant event runs over an eight week season each year (including finals) and is the platform that shapes all the top amateurs in the State.

Division 1 is the pinnacle of Victorian amateur team golf in Victoria and matches are fiercely contested, with all players representing their Club with passion and pride.

The Heritage Women’s Division One Sunday team is being noticed and congratulated at a Golf Australia level after a remarkable win in the Division Two in 2021.

The team’s move into Division One is a great sporting story of achievement. The team progressed from Division Five to Division One in six years (including one year during COVID when matches were cancelled.)

Considering our small membership compared to other much bigger clubs, this team of young women has been revered for its skill, diversity, youth and positive character. 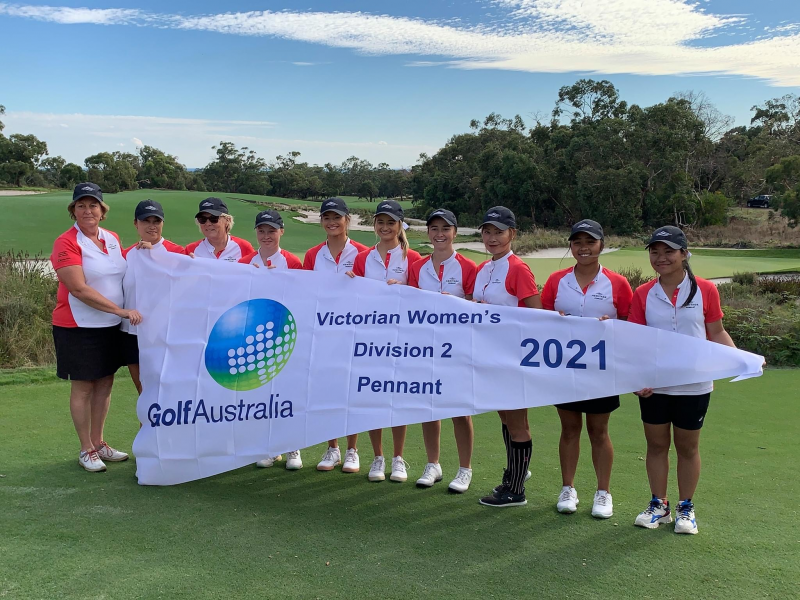